Cranes are a hugely helpful tool in project development. As with any heavy machinery, however, there are associated risks with owning and operating a crane. As a crane operator, it’s vital you take the appropriate steps to minimise risk and maximise you and your staff’s safety. In the decade between 2003 and 2013, 44 deaths were caused by crane-related accidents, according to Safework Australia. In order to educate the public and ensure these sorts of accidents don’t happen as often, we’ve compiled the 5 biggest dangers that are faced when operating cranes.

The structural failure of a crane can be attributed to gradual deterioration due to poor maintenance. Often, this happens when the crane is overloaded in the structural area of its load chart. There are ways to combat this, however. Firstly, the crane operator should confirm that the market load mass is correct, and be sure not to try and lift a load that is too heavy. Secondly, the operator should confirm that the correct counterweight is mounted correctly. Lastly, a surefire way to prevent structural failure of a crane is to conduct routine inspections and keep up maintenance.

Due to things like high winds, insufficient counterweights or inadequate set up because of poor ground conditions, cranes can sometimes overturn or even collapse. Again, this is when the crane is overloaded in the structural area of its load chart. To combat this danger, it’s important to assess the environmental conditions during the planning phase. As well as this, operators should always use outriggers on cranes to increase stability. Finally, it’s also crucial to compare the ground bearing capacity with the maximum pressure the crane will apply to the ground during the lift.

If there is insufficient clearance between a mobile crane and pedestrian traffic routes or other buildings, cranes can sometimes collide or make contact with people or structures. Keep wary of overhead electric lines and other cranes in order to prevent a dangerous collision from occurring. A good way to do this is to create an exclusion zone around the work area to stop people from entering the work zone.

If there is insufficient clearance, cranes can lose control of their load and the objects will fall. Creating an exclusion zone around the work area to cordon off dangerous zones, as well as scheduling the crane installation and commissioning during off-peak periods can help to reduce this risk.

So you can minimise the risk of these hazards that have been identified, you must discuss a few key factors with the crane operator. It’s key to establish for what purpose the crane will be used, as well as assessing the work conditions such as the ground, weather and obstacles which may pose a problem. It’s also important to discuss the weights and loads that are going to be used, as well as the number and frequency of lifts, the type of lifting required, and the height at which loads will be suspended.

Accidents caused from cranes happen all too often, with 9% of total worker fatalities between 2003 and 2013 being attributed to falling objects. However, these risks and dangers can be avoided. It is in each crane operator and owners duty of care to prevent risks or hazards that could contribute to crane-related accidents and increase the importance of crane safety. 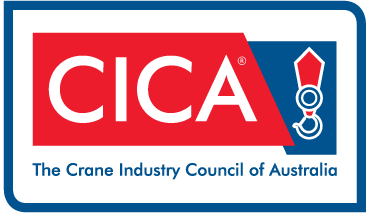